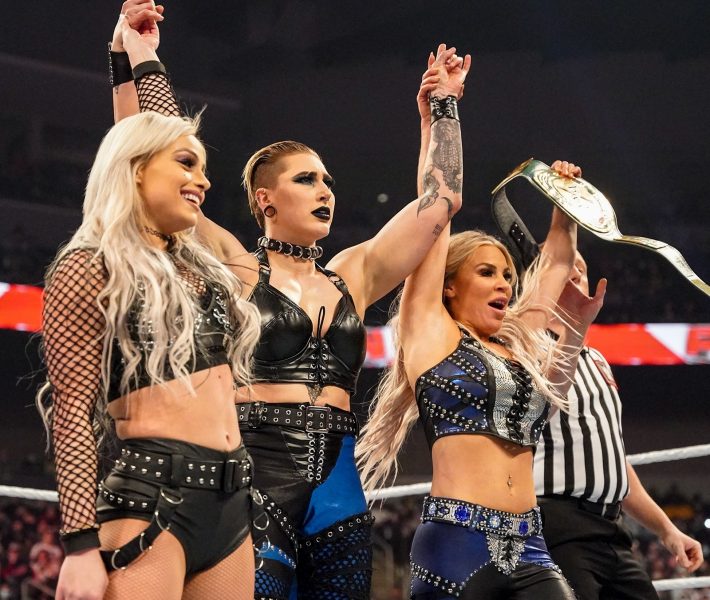 Rhea Ripley cut a promo earlier today in which she said she has a score to settle with Nikki A.S.H but right now she’s focused on the Royal Rumble. She will do anything it takes to win it. Dana Brooke then cuts a similar promo. Liv Morgan is next and she says everyone saw her nearly become Champion, but at Royal Rumble there will be no nearly.

Tamina starts with Brooke and drops her with a clothesline. Tamina lands some ground-and-pound, then goes to a submission. Brooke fights up and makes it to her corner. Ripley tags in and dropkicks Tamina, then knocks Carmella and Nikki off the apron. Ripley hits Tamina with some short-arm clotheslines, then a ripcord headbutt.

Rhea hits a dropkick, then a kick to the gut and a fisherman suplex for a near-fall. Carmella runs in and kicks RIpley, then Morgan dropkicks her, Nikki runs in and hits her, Dana knocks her from the ring, and Tamina drops Brooke. Carmella then tags in and looks to jump on a downed Ripley but Rhea grabs her with the Prism Trap and Carmella quickly taps out.