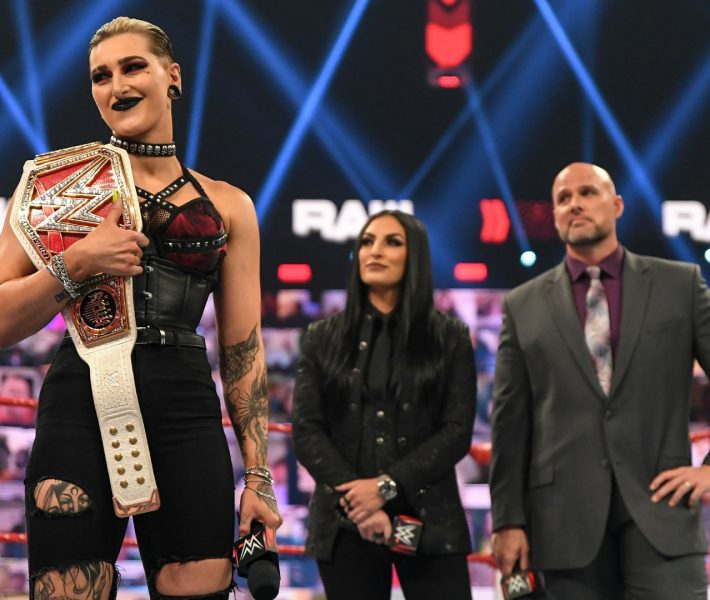 Deville and Pearce are in the ring and they summon Ripley. They say she blatantly broke the rules last night in order to retain her title and that’s unacceptable. Ripley says she just did what Charlotte would do. Flair comes to the stage and she says she isn’t mad, in fact she respects what Ripley did. It was the first time she showed that she’s a strategic competitor. But make no mistake about it, she will destroy her next time. Deville makes the rematch official for Money In The Bank.